A lot of Workshop manuals, Parts list or Users manuals have been downloaded from US or italian websites. Others came from spontaneous donation. Generally speaking this is mentioned in the Properties of menu File from the Acrobat Reader application. Sometimes a french Read me page give more explanations.

NOTA : right click (or Ctrl-click for some Mac) for downloading and saving !
Left click will launch the Acrobat Reader plug-in : this take a long time and sometimes doesnt work properly Many documents are mainly in French. However, some of them can be understood by non-French speakers. The list of "Files on line" is mainly written in French but the "Google Translate" tool is available on all pages. 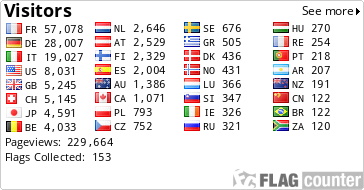 Updates are now in RSS

For easy search within the website please use Google advanced search. Fill in the field "Site or domain" by "guzzitek.org". So your search is limited to this website. Make SafeSearch OFF.

Horrible pictures of parts coming from our lovely bikes. Have a look to the best website speaking of this kind of desasters : Shrapnel

No question about introduced modifications : I dont remember anymore !

Books are science, experiment is its editor....